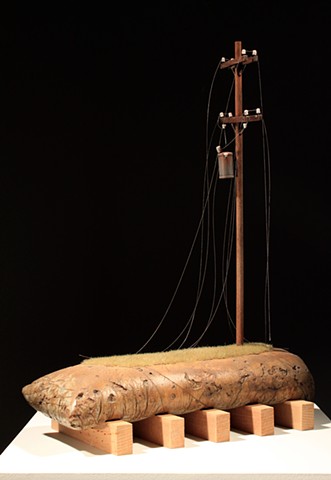 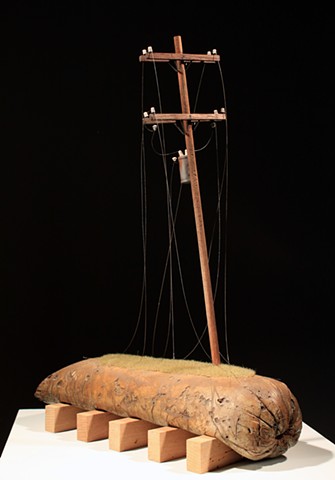 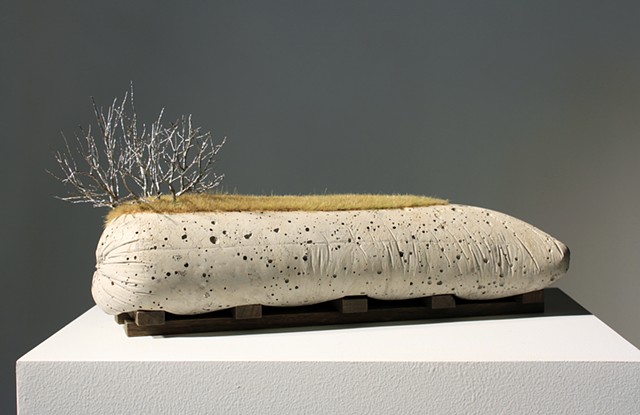 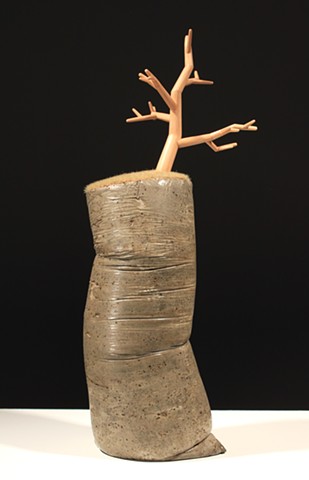 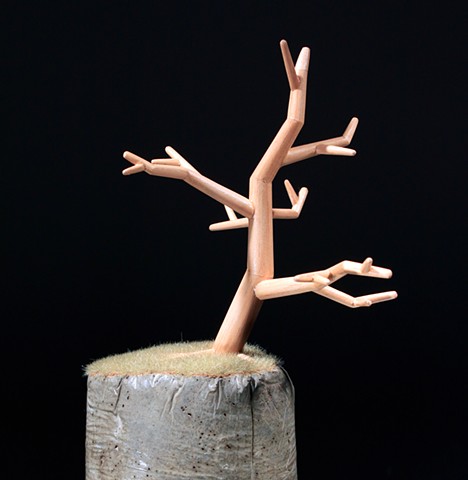 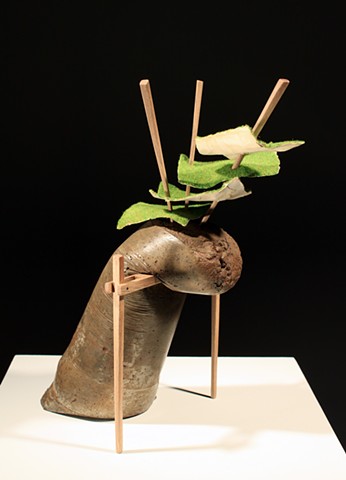 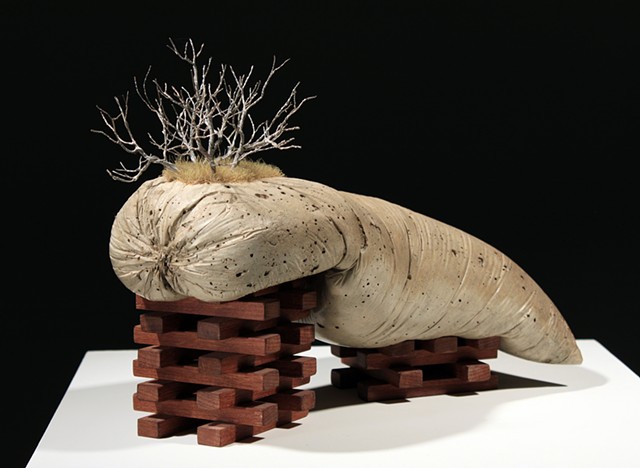 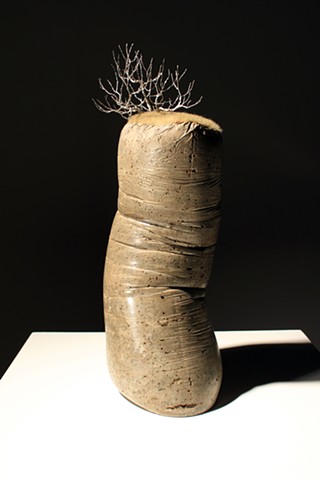 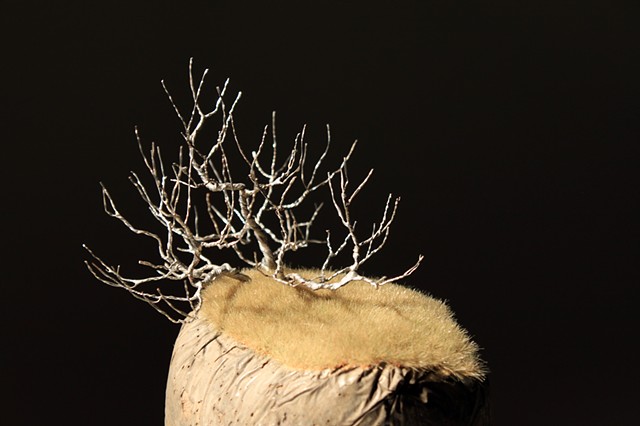 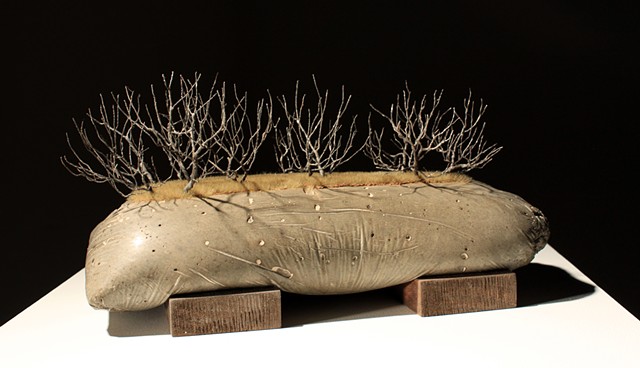 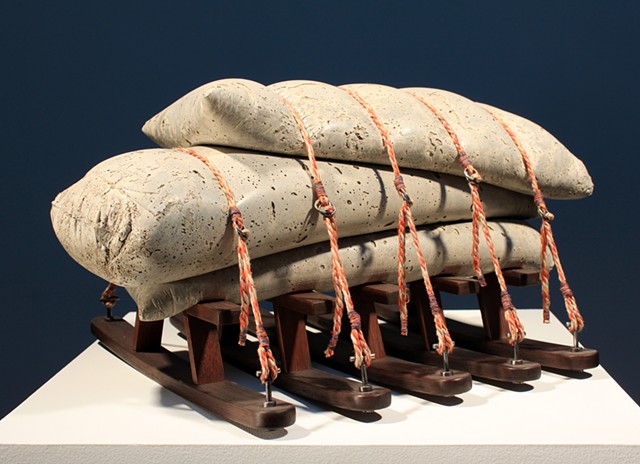 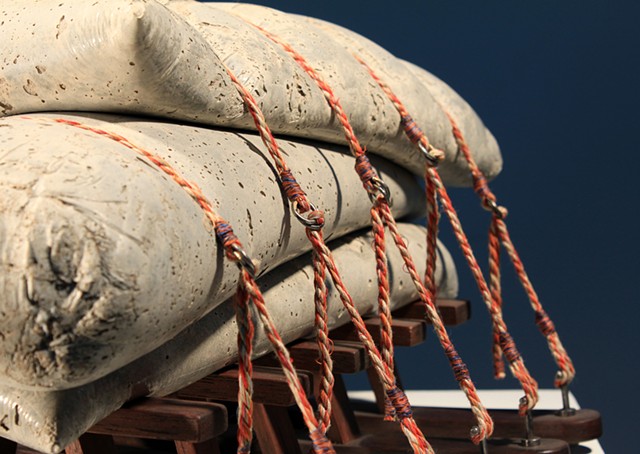 After the series of hurricanes that impacted South Louisiana in 2005 there were thousands of reminders of the swift destructive power of the deadly storms. The recovery was begun immediately, homes and businesses were rebuilt with confidence. As the remnants of waterlogged living rooms were cleared from neighborhoods to make room for fashionable cafes and chic townhouses, the sandbags that we filled and stacked in vein to hold back rising water remained. Perhaps because they were forgotten, or perhaps we knew that they could be needed for deployment again, soon. Regardless of the reasoning, they were left; for weeks, months, years, a decade. These remnants of the storms of 2005 along with others can still be found through out South Louisiana. Like miniature Maginot Lines these defensive barriers are now being consumed by the landscape. The sculptures in this gallery illustrate the sandbags from 2005 in order to serve as a reminder that the spaces we cordon off and the barriers we erect to protect us from the natural world begin to deteriorate as soon as they are complete, and eventually will be reclaimed.